The research programme we propose for 2017-2021 builds on the strengths and results of the previous programme. The empirical basis for Roman economic history has grown significantly. New and expanded datasets from archaeology and natural sciences confirm the earlier picture (1990s/2000s), showing increased integration in the territories controlled by the Roman empire and neighbouring regions. Roughly a quarter of the world’s population became integrated in a system of exchange that drastically changed their lives; what they ate, how they spent their time, what they believed in, with whom they interacted and how. Technical skills and capital goods—public (roads, ports, irrigation, …) as well as private (water-mills, wine- and olive presses, …)—demonstrably improved, accumulated, and spread. Generally, the empire experienced a slow economic growth that peaked in the first/second century AD. Levels of material output, distribution, and energy capture were maintained for centuries that would not be matched until the early modern period. Not all benefitted (slavery and oppression were real, inequality was rampant), but neither were the benefits restricted to a small elite fraction. Significant methodological progress has also been made in historical and archaeological analyses, and in the integration of ancient economic history in general economic history. Neo-institutionalism established itself as the dominant paradigm among ancient economic historians. System theory, spatial analyses, and agent based modelling offer news ways in economic archaeology to explain the dynamics and outcomes of interactions between humans and also their environment. Digital humanities (data repositories and analytical programmes) have profoundly increased research capacities.

(1) strong disagreements remain over the role of markets, state institutions, and elite interests in establishing and changing, enforcing or evading institutional constraints. Institutions both structure and are affected by the struggle for resources—social and political as well as economic. While Roman institutional set-ups may have incentivised market oriented behaviour, they also increased and cemented inequalities in power and wealth that allowed elites, at least to some extent, to ignore the societal ‘rules of the game’ or to evoke overriding rule-sets (based for instance on patronage) that favoured only them and their supporters.

(2) Although the focus on (in)efficiency characteristics of institutions has improved our understanding of economic outcomes, it has not yet found a way to connect with the system-dynamics revealed in economic archaeology. Conversely, while economic archaeology has improved our understanding of the structure and behaviour of systems underlying material interaction, it remains unclear how these related to governance structures, institutions, or cultural beliefs.

(3) Studies by environmental scientists have included the ancient world in longue durée models, but datasets for the ancient world remain too incomplete and they insufficiently integrate results from archaeological and historical research. The increased popularity of global history has sparked interest among non-classicists for the ancient world. But cross-cultural comparisons for economic structures and institutions lag behind those for political structures and institutions, and presumed ‘patterns’ of development often lack a firm empirical basis.

The programme we propose for the next five years will address these fault lines. We specifically wish to offer a platform for comparative and interdisciplinary research that integrates economic history and economic archaeology.

We will focus on three broad questions:

We will organize the programme around four clusters. The comparative questionnaire will be present in all four. The first two specifically address the question of institutional change and governance.

1° Governance I: State and formal institutions and organisations

This cluster will focus on the formal or designed institutions and organisations that together constitute the visible forms of governance. They include laws and official regulations, and bodies endowed with the authority to formulate, interpret and enforce them, local (e.g. cities) and supra-local (e.g. states and empires), private (e.g. guilds) and public (e.g. armies).

2° Governance II: Culture and informal institutions and forms of co-operation

Informal norms, conventions and customs, are enforced by social sanctions (from shunning and gossip to lynching), and justified by culturally transmitted beliefs encapsulating fundamental values and world views. They are hard to change and costly to suppress, but are ingrained in social practice and thus depend less for their enforcement on resource mobilisation. In addition, cultural similarity and social proximity promote relations of trust that facilitate economic transactions. This cluster covers all topics related to the effects of exchanges based on social obligations, whether between family members, local or migrant communities, or other personal relations.

Network analysis is a powerful and popular tool to explain economic phenomena. This cluster specifically addresses the second question concerning system dynamics, but also the non-institutional aspects of the first question concerning institutional change. It covers all topics where network analysis as a research methodology is useful: interaction in social networks (SNA) and Agent Based Modelling (ABM), as well as in spatial networks, urban networks, trade and transport networks, and—at a higher level of abstraction—complex adaptive systems of productive landscapes.

The Roman economic system is less remarkable for the peak it reached, as for its longevity. It lasted over half a millennium. The focus of this cluster is on what adaptations were needed for it to happen. It has two interconnected sub-clusters: socio-ecologic systems (SES) and demographic regimes.

The size of human populations and how there are geographically distributed affect and are affected by the socio-ecological systems (at various scales, from local to global) that potentially support/restrict them and the economic sub-systems that produce and distribute food, energy, and other necessities. The Roman economy supported growing population levels until the late second century, after which they started to contract in some regions, with the east demonstrating more stable patterns into late Antiquity, but generally falling after the middle of the sixth century. This sub-cluster covers all research topics that study demographic regimes and their connection with the economic (sub-)system and the larger socio-ecological system (including e.g. changing disease pools)..

Sustainability, however, depends not only on a system’s ability to regenerate necessary resources (its capital), but also on its resilience. The past (no less than the present or future) is all about change. A robust framework to study this is provided by the model of ‘Socio-Ecological Systems’, which can be studied as complex adaptive systems with emergent properties and thresholds. Agents (humans, but also animals and plants) continuously adapt to changes, which feed back into the system. Resilience is the degree of success these adaptations have in preserving the essential characteristics of the system (for instance property regimes or wealth distributions). Thresholds are reached when adaptations fail to do so, inducing transformation or collapse. This sub-cluster covers all research topics that study the nature and effects of adaptations (at various levels) on the characteristics of the Roman economic system and its performance, and how these in turn are integrated in the ‘metabolism’ of Roman socio-ecological systems. 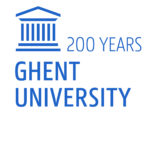